Bonnie is a multifaceted dynamo with many talents that make her truly an asset to her clients. She is a passionate and aggressive attorney who has handled many complex matters for her clients.

Bonnie was born and raised in Montreal, Canada, where she graduated from McGill University Law School with Honors, Distinction, and two law degrees. Bonnie was published twice in a prominent Canadian Law Journal. Aside from her numerous distinctions, Bonnie has two business degrees, in Marketing and Entrepreneurship, which she also received from McGill University in Montreal. Bonnie’s passion has always been the law and has 11 years of experience as an attorney in Family Law and 18 years in the Family Law Field. Bonnie is fluent in two languages, but, can speak four. Her depth of experience and educational background makes her uniquely qualified for her work in Family Law and able to handle the most complex of cases.

Bonnie brings a humorous approach to even the toughest situations, and, her clients love her dedication and personal attention. When Bonnie is not at work, she enjoys hiking, working out, and spending time with her family. Bonnie has been married for 19 years and she has three wonderful children who are her pride and joy and the main reasons she brings such passion to her career. Kim Marie Staron graduated from California Western School of Law and received her undergraduate degree from Nova University in Florida, graduating with Honors. Currently a member of the San Diego County Bar Association and the Foothills Bar Association, Ms. Staron began practicing in the California and Federal Courts in 1993.

More About Kim
Kim is currently a member of the Family Law and Military Law Sections of the San Diego County Bar Association.

Additionally, Kim served as an appointed attorney for the Superior Court of California, Family Support Division. She also served as court-appointed counsel through the Lawyer Referral and Information Service for service members pursuant to the Service Members Civil Relief Act.

Kim served as president of the Foothills Bar Association, an East County association of attorneys and as president of Stoney’s Kids, a charitable organization dedicated to improving the lives of children in East County. She was a participant in the Volunteer Lawyers Program and received the Manuel E. Wiley award for pro bono services for 12 consecutive years. Amy West has been practicing family and criminal law for 16 years. She is certified by the California Board of Legal Specialization as a Specialist in Family Law. Amy joined PRIMUS FAMILY LAW GROUP, LLP, as a senior litigation attorney in October 2019. Prior to joining PRIMUS, Amy worked as a senior litigation attorney at THE LAW & MEDIATION FIRM OF KLUECK & HOPPES, APC from July 2017 to October 2019. Prior to joining KH, Amy owned WEST MALDONADO LAW GROUP for 2 years and, prior to that, she was the owner and partner at RHOADS & WEST from 2004 to 2015.

During her 16 years in practice, Amy has been the lead attorney on 40 full trials, including a rape jury trial, a fraudulent conveyance civil trial, countless family law trials, and several contempt trials. Amy tried an international move-away case solo against three attorneys on the opposing side (and won!). Amy has also been the lead attorney on approximately 50 domestic violence restraining order and/or civil restraining order evidentiary hearings. In addition to Court, Amy routinely represents clients in Child Welfare Services and Department of Motor Vehicles administrative hearings. She has written three and argued two appeals in front of the 4th District Court of Appeals. Her favorite part of the law is evidence and cross-examination. She teaches Evidence and Trial Practice Continuing Legal Education for local bar associations, including the San Diego County Bar and the Foothills Bar Association.

Growing up, Amy’s Father worked for the Department of the Army, which allowed her the privilege and unique experience of living in Germany for ten years. Amy graduated from college with a 4.0 GPA from the University of Arizona, earning a Bachelor of Arts in Political Science and History with Minors in German and English. She obtained her Juris Doctor Cum Laude from California Western School of Law in 2002 and received AmJur Awards in Legal Skills I, Legal Skills II, Negotiation, Criminal Procedure, California Trial Evidence, and Internship Seminar.
Outside of the office, Amy cherishes the time she spends with her Husband of seven years, Jose, and their blended family of six children, ages 16 to 28. Navigating a blended family is a common experience Amy shares with many of her clients. Jose retired from the Marine Corps after 20 years of service and currently works for the Department of the Navy. Amy enjoys volunteering for Do Something Saturdays with The Rock Church and has over 200 Pro Bono Hours in domestic violence litigation. As a family law attorney, Koryn Sheppard has a reputation for balancing reasonableness with forcefulness. As an undergraduate, Koryn got her bachelor’s degree in Philosophy. From that, she has over the 11 years she has been practicing Family Law honed the skills to analyze complex issues from several angles to find unique solutions that often resolve the most difficult cases. Koryn Sheppard is a warrior, both in the courtroom and outside of it. She focuses on logical and intellectual solutions while advocating her client’s position. As the child of divorce herself, she knows that avoiding a lengthy and expensive court battle is one of the greatest services an attorney could offer a client. As a result, she has a remarkable track record of success. Koryn lives out her guiding quote: “The greatest victory is that which requires no battle” (Sun Tzu, The Art of War).

Koryn has been practicing law with a family law focus since 2009. She graduated from law school in 2007 and went into the police academy before taking and passing the Bar exam in 2008. In 2012, she completed the San Diego Family Law College of Trial Advocacy course. This 6-week intensive course is designed to train attorneys who wish to deepen their knowledge of trial advocacy. Shortly afterward, Koryn was selected as one of San Diego’s Top Family Law Attorneys of 2013. In 2016, Koryn became a Minor’s Counsel which requires specialized training so she can represent children in family law cases. In 2017, Koryn took the Specialist Exam (which is similar to the Bar exam for particular practices areas) passed. Her application to be Certified Family Law Specialist was approved in 2018. Koryn has taken leadership positions with Bar organizations, has written published articles on family law issues, and given continuing education presentations to family law attorneys.

Koryn has unique experience handling military divorces due to her previous work at a military divorce focused family law firm. Her grandfather, father, step-father, and many friends have all served in various branches of the U.S. military—a fact of which she is very much proud.

When not practicing law, Koryn is a Body Combat fitness instructor and enjoys participating in obstacle course racing. She brings the same high level of strength, dedication, and tenacity needed to get through physical challenges to challenges she faces in her legal work. 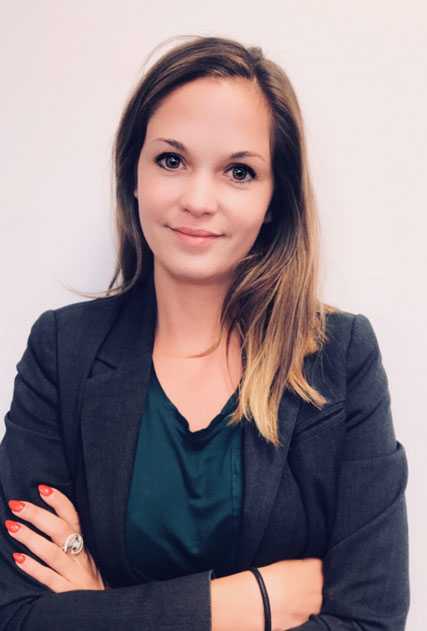 Kimberly was born and raised in a rural town in Vermont. After graduating high school, Kimberly decided to pursue her Bachelor Degree from the University of Hawai’i at Manoa where she obtained her Bachelor of Science in Family Resources. Through her academia in learning family dynamics, relationships, and development, Kimberly found her passion working with and for families. This led to Kimberly’s decision to pursue a career in law, specifically Family Law. Kimberly attended California Western School of Law where she obtained her JD with a concentration in Children, Family, & Elder Law. Throughout her law school career, Kimberly worked exclusively in Family Law. Since graduation, Kimberly has continued her exclusive devotion to Family Law by providing zealous and diligent representation to her clients. When Kimberly is not practicing law, she enjoys, hiking, camping, going to the beach, relaxing with a good book and glass of wine and spending time with her fur babies. Sean M. Torley is the Director of Operations for Primus Family Law Group. Mr. Torley has been a Paralegal for 17 years and has known and supported Attorney Bonnie A. Rabinovitch-Mantel for just as long. Mr. Torley performs a variety of litigation and attorney support functions for Primus Family Law Group, LLP, including legal research, drafting and coordinating discovery and substantive pleadings, client communications and supervising daily firm operations.

More About Sean
I was born in Arcadia, California and spent my pre-teen years in the San Gabriel Valley.  When I was 15, my single mother moved us to Rancho Cucamonga where I finished high school.  I met my first wife shortly thereafter and we had our first son before I joined the military.  We had our second son after I left military service.  Not long after, we unfortunately divorced.  I then attended paralegal school from 1995 to 1996.

I remarried in late 2000, and we became a blended family; two of her sons, and two of mine.  We have since had two amazing kids of our own, and a total of four grandchildren, whom we adore.

2000 was a big year. Not two weeks after I married my second wife, I was hired by a solo practitioner with a boutique practice by the beach.  During the early part of my tenure, Attorney Bonnie Rabinovitch-Mantel and I were paralegals together, before she went on to pass the California Bar Exam and begin her career as a lawyer.  I spent the next 15 years of my professional career learning all I could about civil procedure, contracts, personal injury and big-picture litigation from an outstanding teacher and mentor in Bonnie.

At the end of 2015, an opportunity came up for me to join Bonnie, something we had talked about for a decade.  I decided it was time for a change, and joined her with Families 1st Law & Mediation, APC.  In May of 2016 we merged with Attorney Kim Staron (now retired) and formed Primus Family Law Group, LLP.   Our focus is on zealous advocacy for our clients, through finding a right and reasonable approach to resolving family disputes.  As Ms. Mantel once said, “It isn’t always easy, but it doesn’t have to be bitter.”  I look forward to supporting this mission, indefinitely.

In my free time, I enjoy spending time with my family, cooking, being a mentor for my younger son, and being a Band Dad in support of my daughter’s varsity high school marching band. Tanner Songer grew up in a small town in Northern California and moved to San Diego in 2008. He has been working as a Paralegal for 8 years obtaining significant experience in Civil Litigation and Family Law. Tanner’s His experience as a Family Law Paralegal has grown substantially over the last 5 years having worked for several prestigious family law firms in the San Diego area.  Not only does Tanner hold Bachelor of Arts and Master of Arts degrees from California State University, Chico but he also obtained a Juris Doctor degree from Thomas Jefferson School of Law.  Tanner prides himself on his strong work ethic,  dedication to clients and his a desire to always exceed expectations.  When Tanner is not working, he loves to hike and swim and is even on the board of DSST, a US Master’s Swim Club.  Primus is excited to have such a stellar addition to its team.

It may not be easy, but it doesn't have to be bitter. At Primus Family Law Group, it is our unwavering mission to advocate the most right and reasonable outcome for the benefit of our clients and their families.